She was a wonderful actress, who could have gone anywhere, if she had been so inclined.  She won many awards for both her acting, and directing.

I will attempt to list as many plays as I can that she was involved with...may take awhile.

Some plays, some pictures, some narrative by Ron Bender. 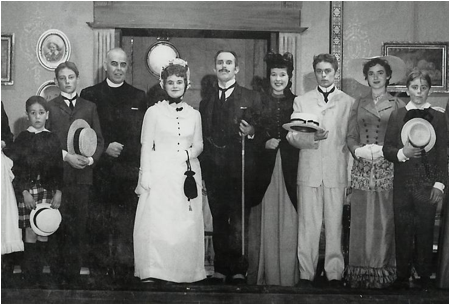 RON BENDER:_ Tessa is 4th from the right. I am 3rd from the right. In this one, I'm a redhead! The girl playing Mother was Marguerite Boardman (white dress, black handbag) is actually MY age...we were in the same classes at St. Louis Separate School in Waterloo, and get this...I had a crush on her for years but, I was too shy to pursue it…and she gets to play my MOTHER!! Ironic...huh!!  We all had to be redheads and have our hair sprayed red for every performance...except for the boy at the right far end...He actually WAS a redhead, but not the same colour, so...yup, they sprayed him too!_ This was Tessa’s first play with KWLT, and my 2nd._ I don't have any picturess of my first play which was “The Petrified Forest"_ I played a black chauffeur (yup!)...and spent most of the play under the table wailing "Holy Lord...oh Holy Lord.!!.. 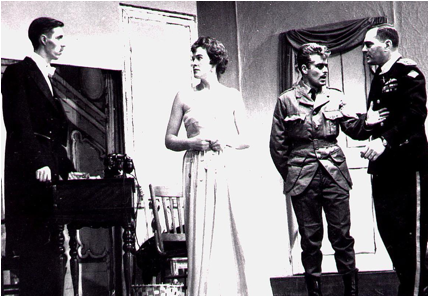 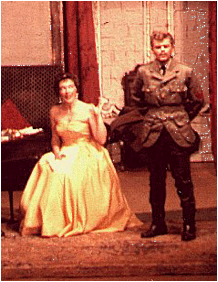 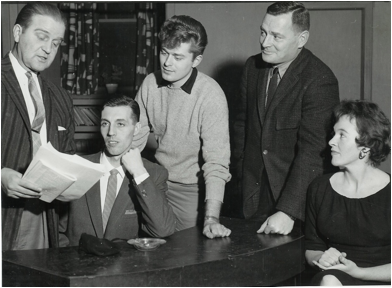 another actor whose name I don’t know and Tessa Gillard.

TIME OUT FOR GINGER 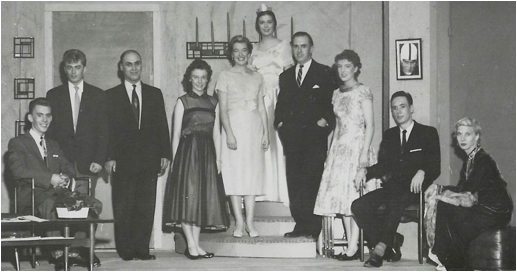 RON BENDER:_ You may not realize this but your mother was about two months pregnant with you in this picture!

That's me second from the left. And that's when it was decided that I would be your godfather...Faerie or otherwise!

The guy 3rd from the left believe it or not was mayor of Kitchener. I believe his name was Harold Paiken.

_I was sweet on the girl in the crown...Beverley Reeve AND your mother of course!!_ (4th from the left) 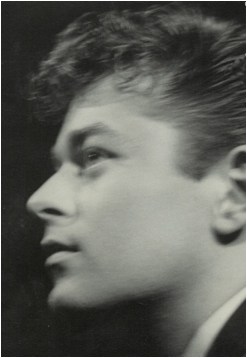